Preparing For the Worst Case Scenario 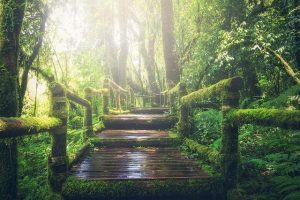 I have always been fascinated by the subject of preparedness and really have been impressed with a preparation call. I have never been one to panic, or go into a survival mode. I am not afraid to face my fears and I am certainly not afraid to die.  Of course, like most people, I am concerned for my family and friends. And I am concerned about the Country we live in.

I remember thinking how I wanted to be prepared, but I also felt like I did not know what to do. My dad had already started preparing for the worst case scenario. He had already purchased a small amount of food and supplies. But I did not feel comfortable with the idea of being forced to stay in a shelter underground. I was not comfortable with the idea of being separated from my wife and kids.

So I decided to take some classes on survival skills. I learned how to build a fire, how to find water, how to survive off the land. I even learned how to start a small farm. I felt much more prepared than I did when I was just learning the Bible.

But it was only after 9/11 that I really started to get serious about being prepared. It is funny how things happen. We were watching TV one day and saw a report on how people were being evacuated from New York City. They said that the terrorists were going to fly airplanes into buildings.

We immediately got scared. We decided that we needed to get prepared. So we went out and bought a couple of flashlights. We stocked up on food and water. We started to look for ways to be self sufficient.
And then it happened. The next day we watched the news and heard that the World Trade Center towers had collapsed.

That was the moment when we realized that this was no longer just a possibility. This was something that was happening. We were now in the middle of a war. And we were going to be involved in it.

Get a Free Subscription!